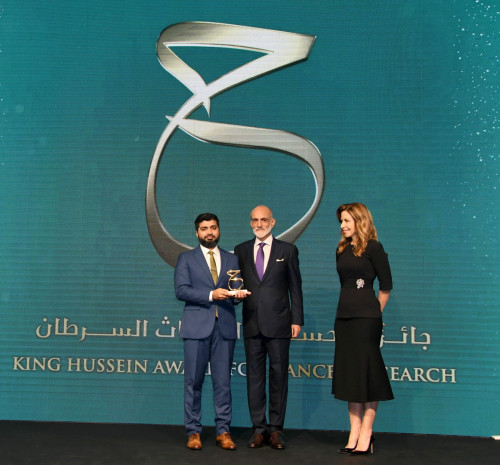 Dr. Jibran Sualeh Muhammad is currently an Associate Professor at the College of Medicine at the University of Sharjah in the United Arab Emirates. He is a medical doctor from Pakistan and received his Ph.D. in Medical Life Sciences from the University of Toyama in Japan. During his Ph.D. and postdoctoral fellowship, his research was primarily focused on Helicobacter pylori-induced gastric cancer, and he currently works on understanding the epigenetic modulation of gastrointestinal cancers and hepatocellular carcinoma.

Dr. Jibran is an early-career scientist who has already received many scientific awards and achievements. During his stay in Japan, he was awarded two national scholarships—the Toyama governmental scholarship for international students and the Rotary Yoneyama Memorial Scholarship for graduate students—as well as the young investigator award from the Helicobacter Research Society of Japan. The faculty of Medicine at the University of Toyama also bestowed him with the University's most prominent research award for graduate students—the Sasaki award for excellence in research. Moreover, the United European Gastroenterology Association in Austria twice awarded him with the National Scholars Award in the year 2017 and then again in the year 2019. This is a very prestigious cash award, designed to recognize and nurture promising early-career scientists for their outstanding contributions in the field of gastroenterology cancer research.

Dr. Jibran has published over 78 papers in high-impact peer-reviewed journals, 42 of which he is the main author. The total impact factor is ~200, the total citations are >950, and his current H-index is 16. He has also published several high-impact review articles, demonstrating his expertise in the field of cancer research. He established several international collaborations, received external research grants and international recognition awards, and has participated in organizing many research meetings. He is a lead investigator and coordinator of the Iron Biology research group at the Sharjah Institute for Medical Research. He and his team recently reported the dysregulation of iron homeostasis in cancer cell survival. Ongoing studies in his laboratory are investigating the potential role of iron metabolism in mediating chemoresistance in liver cancer cells.