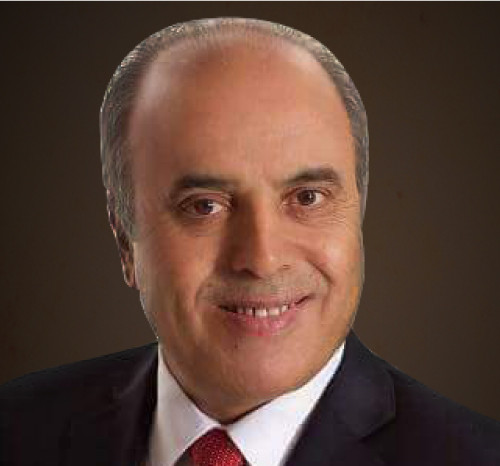 Dr. Azmi Mahafzah, MD, PhD, is a professor of microbiology and immunology at the University of Jordan School of Medicine, where he has been working since 1984. Currently, he is the Chairman of the Higher Council of the National Center for Curriculum Development. He graduated from Damascus University in 1977 with the degree of Doctor of Medicine (MD), and after three years of work as a general practitioner, he pursued graduate studies in basic medical sciences at the American University of Beirut (AUB), where he obtained his PhD degree in tumor immunology in 1984. Dr. Mahafzah then completed postdoctoral fellowship training at the University of Yale in 1988.

During his career at the University of Jordan, Dr. Mahafzah assumed many academic positions starting with Chairman of the Department of Pathology, Microbiology and Forensic Medicine (1992-1994), Vice Dean of the School of Medicine (1998-2006), Dean of the School of Medicine (2010- 2013), Vice president for Scientific Schools (2013-2016), and finally President of the University of Jordan (2016-2018). On June 14, 2018 Dr. Mahafzah was appointed Minister of Education, and on October 11, 2018 he was reappointed Minister of Education and Minister of Higher Education and Scientific Research, from which positions he resigned on November 1, 2018.

Dr. Azmi Mahafzah is a member of many national and international professional bodies and societies. Despite Heavy administrative responsibilities over a long period of time, Dr. Mahafzah published more than forty papers in indexed scientific Journals. Currently he is leading a national project of curriculum development.